Your page? Unpause your account to remove this banner.

🇺🇸 CALL US 1-800-680-8504
This Pocket-Sized "Power Plant" Sold Out in Less Than 48 Hours!
Now It's Finally Back in Stock for at Least a Few Days
“Ok, and… send.”
Whoosh. 📩
Just like that, 50,000 of our best customers got the news about a secret product we’d been working on…
Here’s the scary part: we had no idea what the reaction was going to be.
But in just a few hours, the orders came flooding in. Readers couldn’t believe that one pocket device can:
But here’s what surprised me most…
Instead of Buying Just One…
Most Customers Doubled Their Order, Claiming Two (Or Even Four) Units.
We sold 2,717 units in less than two days. And in less than 48 hours, we were cleaned out.
Obviously we were thrilled (and so were our customers).
But our inventory manager was frowning.
“You realize we won’t be able to stock up again for MONTHS. We won’t be able to do another sale like this until later this year.”
Oh no. We all slapped our foreheads. She was right.
The sale went better than expected. We didn’t know we would sell THOUSANDS in a matter of HOURS.
And now we can’t sell any at all?! 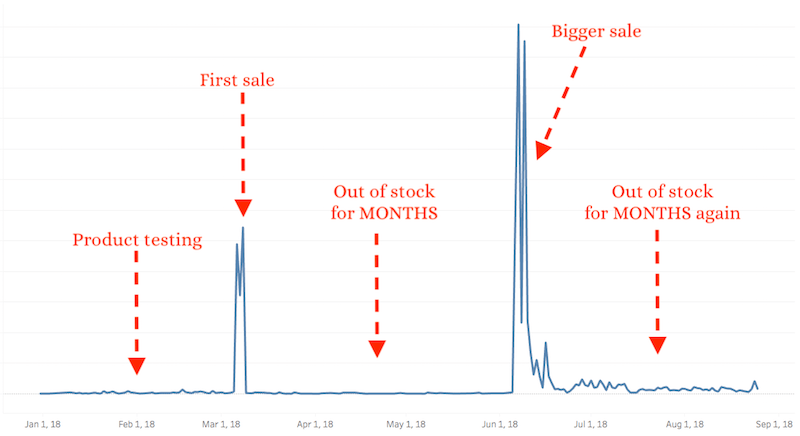 Well, months did go by. This time we stocked up with over 5,000 units. Double what we had before.
We weren’t going to be caught with our pants down. No matter how incredible this device is, we were going to meet the demand for at least the loyal customers who were on our promotional email list. (We’d worry about outside advertising later.)
In the middle of summer we launched a bigger sale.
Fanfare, banners, confetti, a parade down main street (that’s what it felt like).
And then it happened again.
We Sold Out in the First 48 Hours.
Again.

And this time we even started with double the inventory.
Gone.
Inventory manager:
😤😤😤
How had we sold out of so many so fast?!
And we had to go through another THREE MONTHS of turning off our promotions before we could get a respectable number back in stock.
And believe me…
This time we are NOT making the same mistake.
This Season, We Built More of These Incredible Pocket Chargers Than We Ever Have Before
And we THINK it will be enough to meet demand.
But when these things sell out (maybe in the first two days?!), it could still be THREE MONTHS before we get enough back on hand to launch another incredible promotion.
In fact, we’re taking a big risk by spreading the word about this little device.
Up to now, we have done a couple of rare tests to customers in the outside world, but mostly have kept this baby a secret for our existing customers only.
That is why it is my privilege to introduce to you…
A Pocket Power Plant That’s Weatherproof, Has An Ultra-Bright LED Flashlight… And Charges 2 Devices At Once!
How do you alert emergency responders when your phone has been reduced to an over-priced paperweight?
How do you call friends and relatives to let them know you’re safe?
These are the questions that many people in Texas and Florida had to answer after the hurricanes blew through and the fallout started.
Americans are pretty resourceful. So instructional videos started popping up on social media about how to rig up a makeshift charger for your phone using a 9-volt battery… if you were lucky enough to have one on-hand.
And lucky enough to have power to access these videos in the first place!
Pleas for help were also posted on social media sites from people desperately trying to get through to emergency responders… but the phone lines were absolutely jammed.
And their phones were quickly running out of juice. 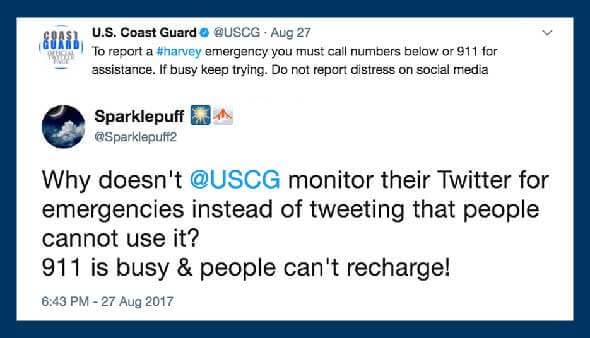 Actual tweets from Hurricane Harvey. Imagine being on your rooftop with your family as the water rises around you.
They turned to their followers and friends on sites like Twitter and Facebook to spread the word.
Authorities actually told people to stop using social media! And said that if they couldn’t get through – they should just KEEP CALLING!
Fact is…
Communication is Critical to Survival
And it doesn’t take a Category 4 storm to steal that from you.
Snow, ice or wind can do the same thing… in an instant.
Sure there are power banks available. But many are underpowered, poorly made and unreliable… and you need to plug into a wall or USB port in order to charge them up.
Makes them pretty much worthless in a dire situation like we saw in Texas and Florida.
That’s why I’m happy to announce…
The Patriot Power Cell: Backup Power & Light That Charges From the Sun!
The Patriot Power Cell is a breakthrough backup power device that charges in the sun and fits in your pocket.
You can use it to charge your cell phone, tablet, or GPS unit… which can be absolutely critical in the event of a crisis.
Portable, backup power is downright essential in an emergency. And here’s just a few things the Patriot Power Cell delivers, to keep your phone on and your family safe: 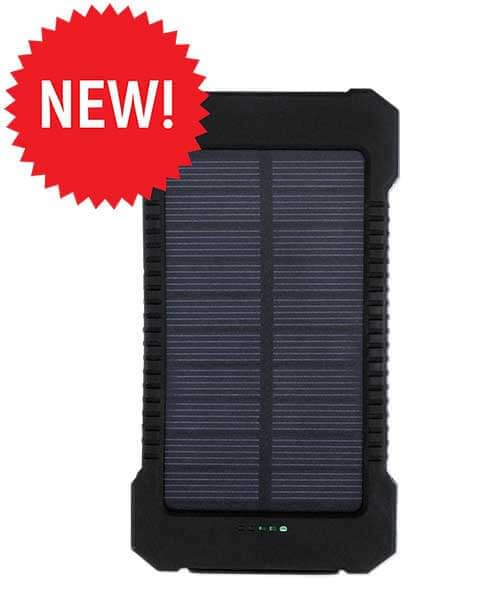 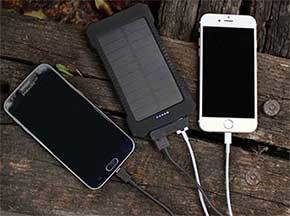 *Battery performance varies based on charging and usage conditions.
You’ll love having your Patriot Power Cell when you’re: 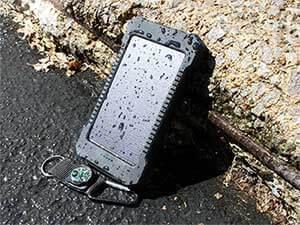 Having the Patriot Power Cell on-hand for emergencies keeps your essential electronics up and running in case you need to call for help. But don’t take my word for it…
Jell survived an avalanche with her Patriot Power Cell from what she told us last September:

Rugged and if it were not for this amazing device, we would have been stranded on the road with NO cellphone power due to an avalanche!! Highly recommend this product.
And this customer who goes by the name M.S.D., who bought one for all of his kids, who loved their Patriot Power Cells. He wrote us on May 24:

Gave these as stocking stuffers to my kids (all college age) and they told me they work great and charge their phones very fast… a winner.
And Danielle in our office is going bananas over this product: 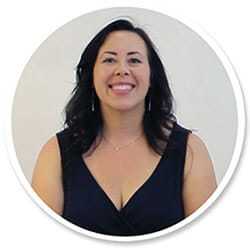 “The Cell is a workhorse of power — it’ll charge your phone soup to nuts, as many as 6 times… I think of the Patriot Power Cell as “everyday prepared.” Awesome for travel or avoiding inconveniences while saving your bacon in an outage. It’s a MUST HAVE for your survival lineup.”

Danielle, Product Development Specialist 4 Patriots
I’d bet that you’re probably wondering…
So, How Much Does This Cost?
By now I bet you’re dying to get your hands on one (or more) of these miracle life-saving devices…
And you don’t have to spend an arm and a leg to do it.
Fact is, after seeing so many great Americans struggling to keep their phones on during Harvey and Irma, I wanted to make this pocket-sized power plant available at a more-than-affordable price for anyone.
The Patriot Power Cell retails for $49, but for a limited time, you can get one for only $29.95… and, as always, the more you grab, the better the deal gets.
But, this time I’m going to do you one better…
I’m Going to Add a Special FREE Bonus…
Just to Sweeten the Pot
To make this offer truly irresistible, when you order 2 or more Patriot Power Cells, I’m going to add some amazing bonuses! 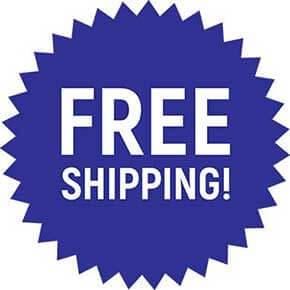 First, I’ll throw in FREE SHIPPING & HANDLING with your order of 2 or more RIGHT NOW.
That’s to anywhere in the 48 contiguous states, and a $9.95 value, FREE! I’ll even throw in free shipment insurance, for a little extra peace of mind – no charge.
Next, I’m going to do something that’ll really have you doing cartwheels
I’m going to give you my best-selling product—the acclaimed Power4Patriots Digital Download—FREE when you order 2 or more Patriot Power Cells.
It’s valued at $97 each, but it’s yours FREE today.
With this system, you can take your 1st steps towards energy independence and start generating your own power for just pennies on the dollar. It shows you, step-by-step, how to build and install your own solar panels, wind power and even solar heating on your own property. That means you’ll always be prepared, no matter what happens. 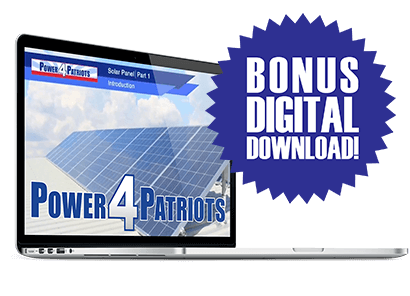 Here’s exactly what’s included on your Power4Patriots Digital Download:
Together, that’s almost three whole hours of step-by-step instructions on becoming virtually energy independent!
Be sure to jump on this opportunity folks! Emergency supplies – especially for communication devices – are flying off the shelves right now, and I’m struggling to keep these Patriot Power Cells in stock. Ever since word got out about the value and versatility of this Patriot Power Cell, I’ve been swamped with orders.
Most customers buy more than one Patriot Power Cell – try it once and you’ll see why!
Get your Patriot Power Cell at this special introductory price while it is still available… I’m not sure how long we will be able to offer this important product for this price.
Click the “Add To Cart” button below now, and I’ll rush your package to your front door right away! 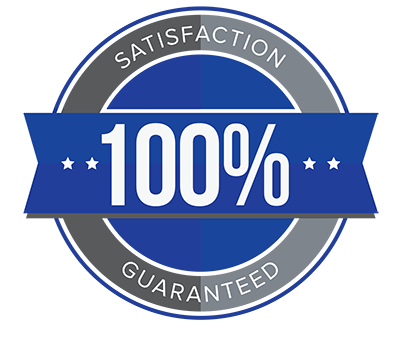 This is a 100% money-back satisfaction guarantee. No questions asked. If for any reason you’re not satisfied with your Patriot Power Cells, return them within 365 days of purchase. And I’ll refund 100% of your purchase price. If you try them and decide they’re not as terrific as I promised, you can have your money back.
Some of my friends said I was crazy to offer a guarantee this good on a product that I’m offering such a good deal on. But to be honest I’m not worried about it, because I am confident you’re going to see the value in your Patriot Power Cells as soon as you have them in your hands.

Here’s What Patriots Just Like You Have to Say About Their Patriot Power Cells!
Kenny on September 2 at 5:24pm:

The flashlight is great and has two strobe settings. It’s relatively bright. The USB port cover is sturdy and secure. It’s top notch. The quality is very impressive and you should buy it.
Chan on January 17 at 2:11pm:

I gave these as gifts! I did play with them a little and the charging light came on while under a lamp indoors.
Brook on October 13 at 7:03am:

I left it outside to charge. While I was at work, it rained. I mentioned it to my coworkers. Came home. Charger was still charging away… working fine. So it is at least rain proof. As for the charger itself, I used it while hunting. Phone was draining so I hooked it up. Very impressed with the speed of the charge. Wasn’t any tick-tock a 1% rise here and there every five minutes. It was rather quick charging at least 10% or so. Can’t give a time frame but it was quick. I’d recommend this charger to anyone who is looking for a decently priced, fast-charging device.
It’s not just our customers’ reviews and testimonials we’re proud of…

We’re Also Proud to Give Back to
Our Country’s Veterans
When you claim your Patriot Power Cells today, we’ll donate part of the proceeds to charities that support our veterans and their families. Including Operation Homefront, Fisher House and A Soldier’s Child Foundation.
Most folks recognize the need to “fill in the gaps” of their survival plan to make sure their family has lifesaving communication devices when the lights go out. Claim your Patriot Power Cells today and be one of them!
Click the “Add to Cart” button below now, while I still have these in stock. 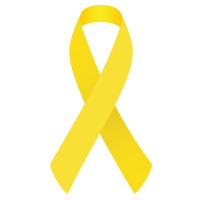 Does what it says quite well! Will be good to have when there’s no power available! Great buy!
Echo on June 5 at 12:29pm:

Great inexpensive battery. I get an additional 5+ hours on my device. Used it on a six-hour flight.
Nick on April 7 at 6:12am:

Loved it. Easy to use, lightweight, and compact.
Kristin on December 13 at 1:28pm: